This is the english version of the original article in swedish

Emil “Larssen” Larsson is currently the best Swedish LOL player out there, and together with the organisation Rogue he is the reigning champions of the LEC. Before the new season of the LEC I got the chance to ask Larssen about his thoughts on the brand new format, his expectations for the year with the new organisation KOI, as well as his relation to Rekkles and other idols the current superstar looked up to once in his career.

It’s time for another season of the League Of Legends league LEC. During the offseason there has been some big changes to the arrangement of the upcoming season format where the idea is to try getting Europe as a region more competitive against the Asian superteams. The new format includes 3 different splits instead of the previous 2. To summarize the changes, we will get to see more games between the top tier teams and a bit less games of the lower tier teams. The new concept included less Bo1 games and more Bo3 and Bo5s making it more similar to the major international events MSI and Worlds.

Larssen himself says that he likes the new changes and thinks it’s gonna benefit the European LOL pro scene. The big factor here is that the amount of games has gone up and the fact that the top tier teams will play more against each other in Bo3s and Bo5s. Larssen continues and says that the changes also can benefit the viewers of the LEC as there will be more meaningful games and it will make the league less monotone and bring some new “Hype” back to the league which also can increase the viewership.

However, Emil continues saying that maybe it’s not only positive changes. Just like last year the teams competing at the MSI tournament will not have many weeks when not competing for the whole year which can lead to burnout and lack of motivation. So despite the extra training you get for competing against the best teams in the world, it might not be very beneficial in the long run if you want to go all the way and win Worlds later on in the year.

Expectation for the season with the new organisation KOI

Before the season the old organisation Rogue had merged together and rebranded with the Spanish org KOI. The Spanish esport organisation is owned by the famous steamer Ibai and football player Gerard  Piqué. The roster for this year is very similar to the previous one, the only change made is in the toplane where new toplaner Szygenda is replacing Odoamne.

”Winning a split is meaningless, it all comes down to the summer finals”

This year’s goal according to Larssen is of course to win it all, but it’s not as easy as it may seem for the reigning champions. The plan is to keep placing high up in the standings during the year to the later in the Summer Finals be in the best form possible to win it all again.

The now very established midlaner have also had his idols back in the beginning of his career. Just like many others he has been looking up to the 3 best players the league has ever had, Perkz, Caps and Rekkles. The player that inspired Larssen the most was Luka “Perkz” Perković who has been one of Europe’s best midlaners for quite some time now. The thing that made Larssen look up extra much to Perkz was his charismatic personality and aggressive playstyle.

Emil ends by giving out his best tips and tricks to improve your game and what he did to become the best player possible. The first tip is to study your own gameplay, go back and look at your games and try to find mistakes that you can fix and get better on. The second one is to study players better than you, see what they are doing well and try to implicate that into your own gameplay, these were 2 tricks that helped Larssen become the player he is today. 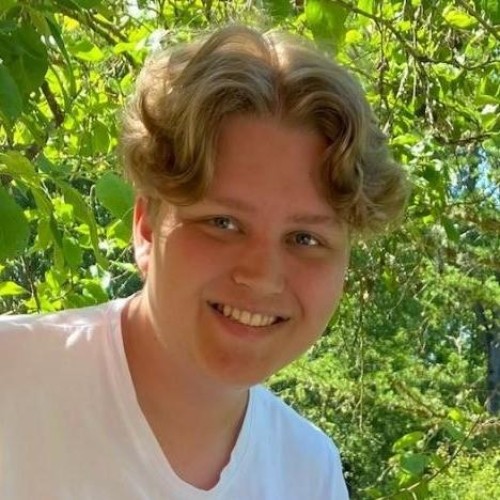